Login to your existing account to enhance your game, redeem a secret code, adjust your information, and more!

While I was going through my classes in Full Sail University, my teacher Lari Norri peaked my interest in Graphics and Engine Development. Before attending his classes, I never thought I would enjoy, better yet consider a career in, Graphics; once I finished Lari's classes, I decided I wanted to try to take on an actual engine project, so I decided on making one from scratch. Using my work from class, I developed this: Polyngine! It isn't advanced or insane, but I have learned more than I ever though I could about Graphics, DirectX, and Engines. My experience in Unreal Engine helped greatly, as it gave me a reference to how I wanted to approach my own engine and gave me a better understanding of the code as a whole. I have some images of it below, and am working on getting a download avaliable!

This is the documentation for the Polyn Game Engine. As I have developed feaures, I have planned and implemented their functionality from this document. One big reason for this is in case anyone is interested in testing it out and investigating my implementation.

Use the button below to download the documentation in .DOCX format!

These are some screenshots and videos I captures while in-engine! 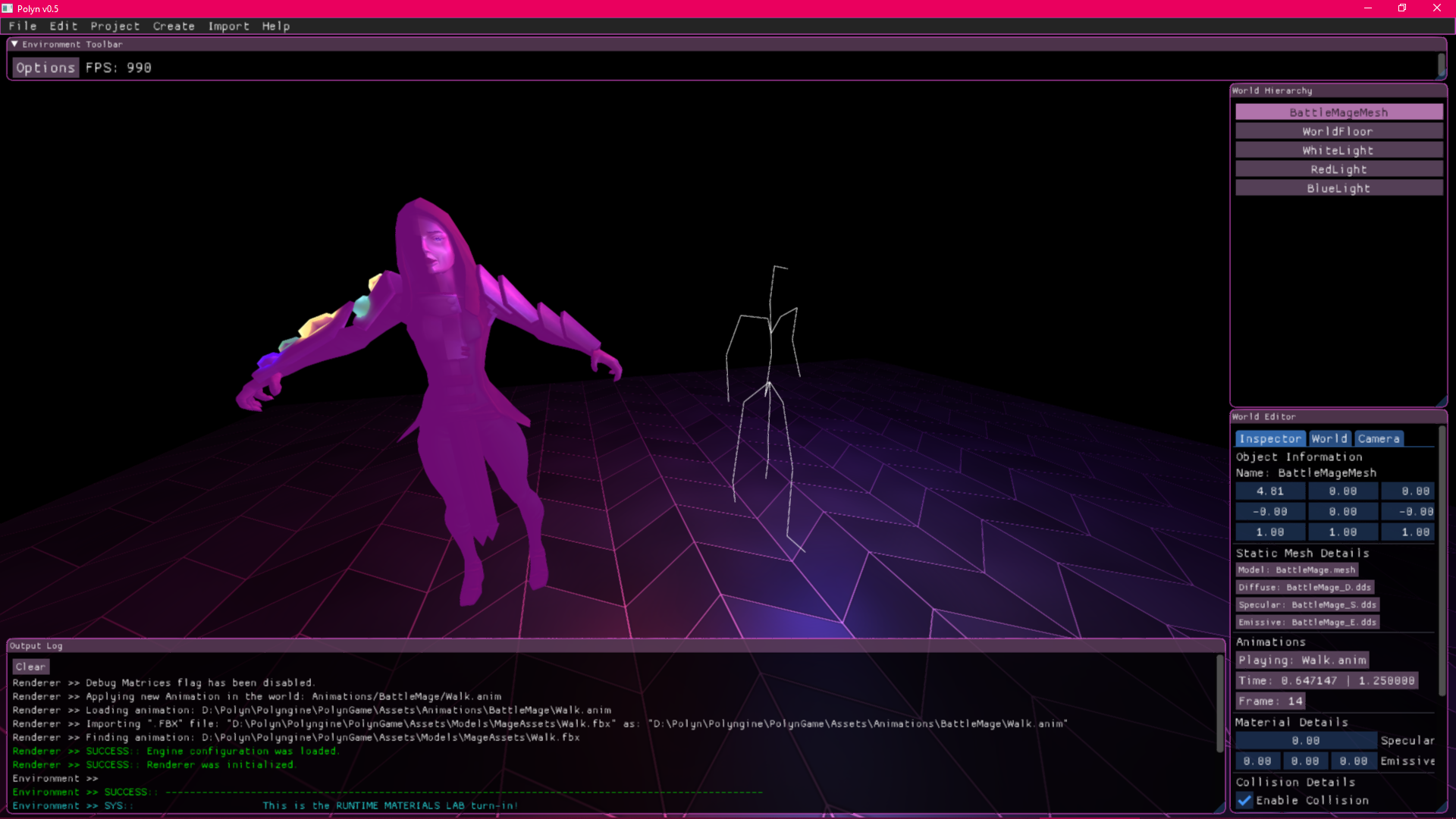 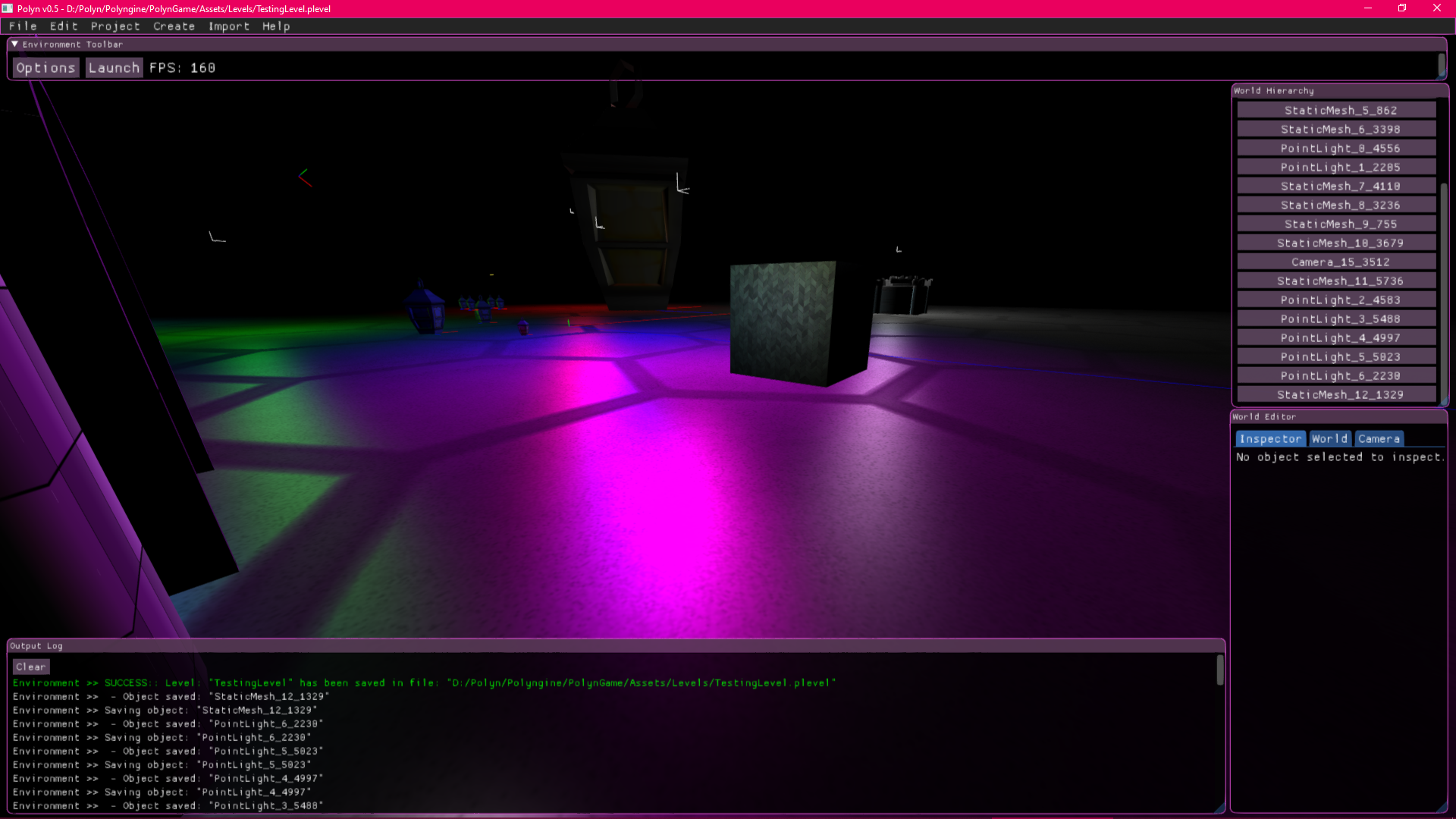 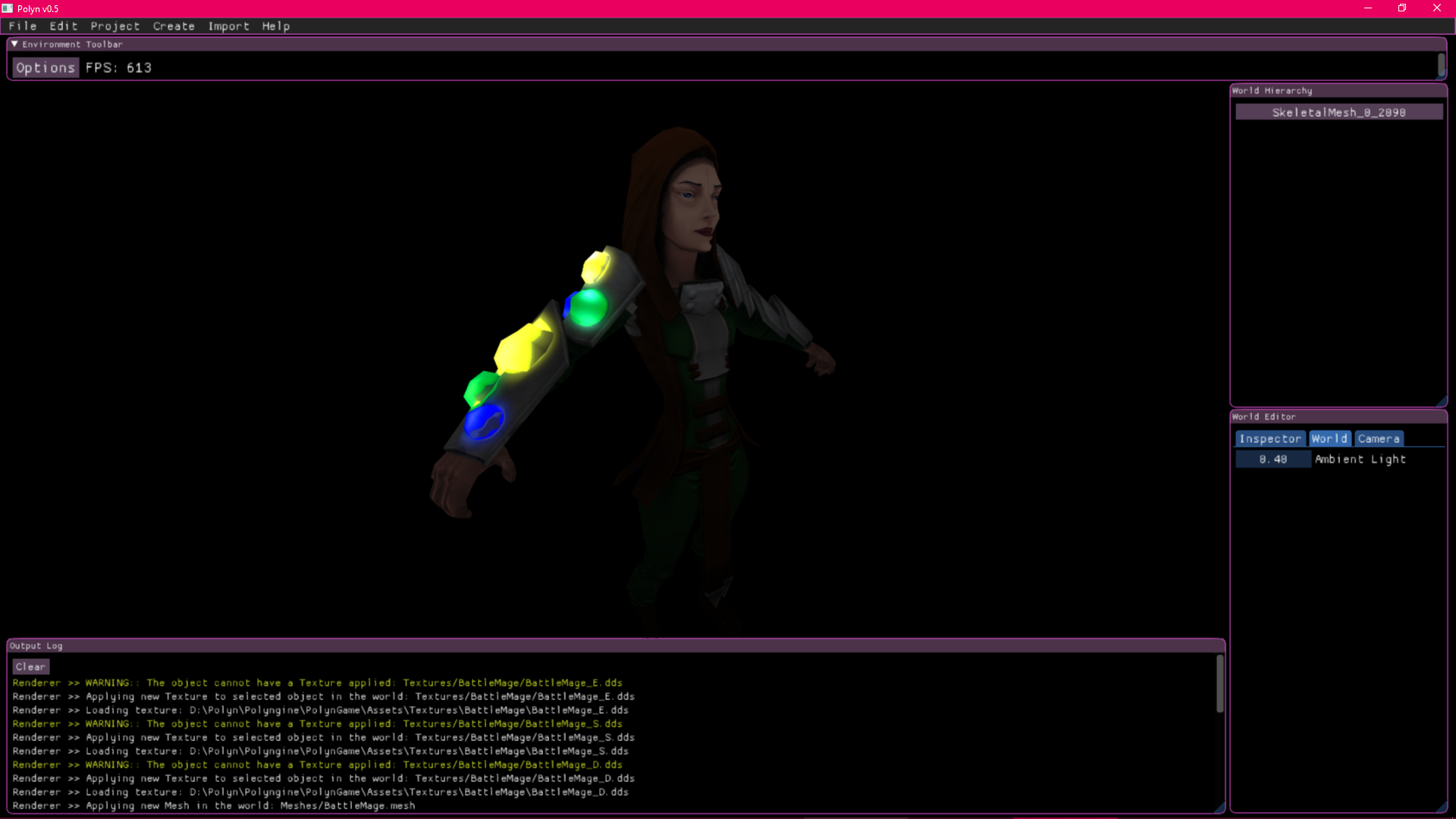 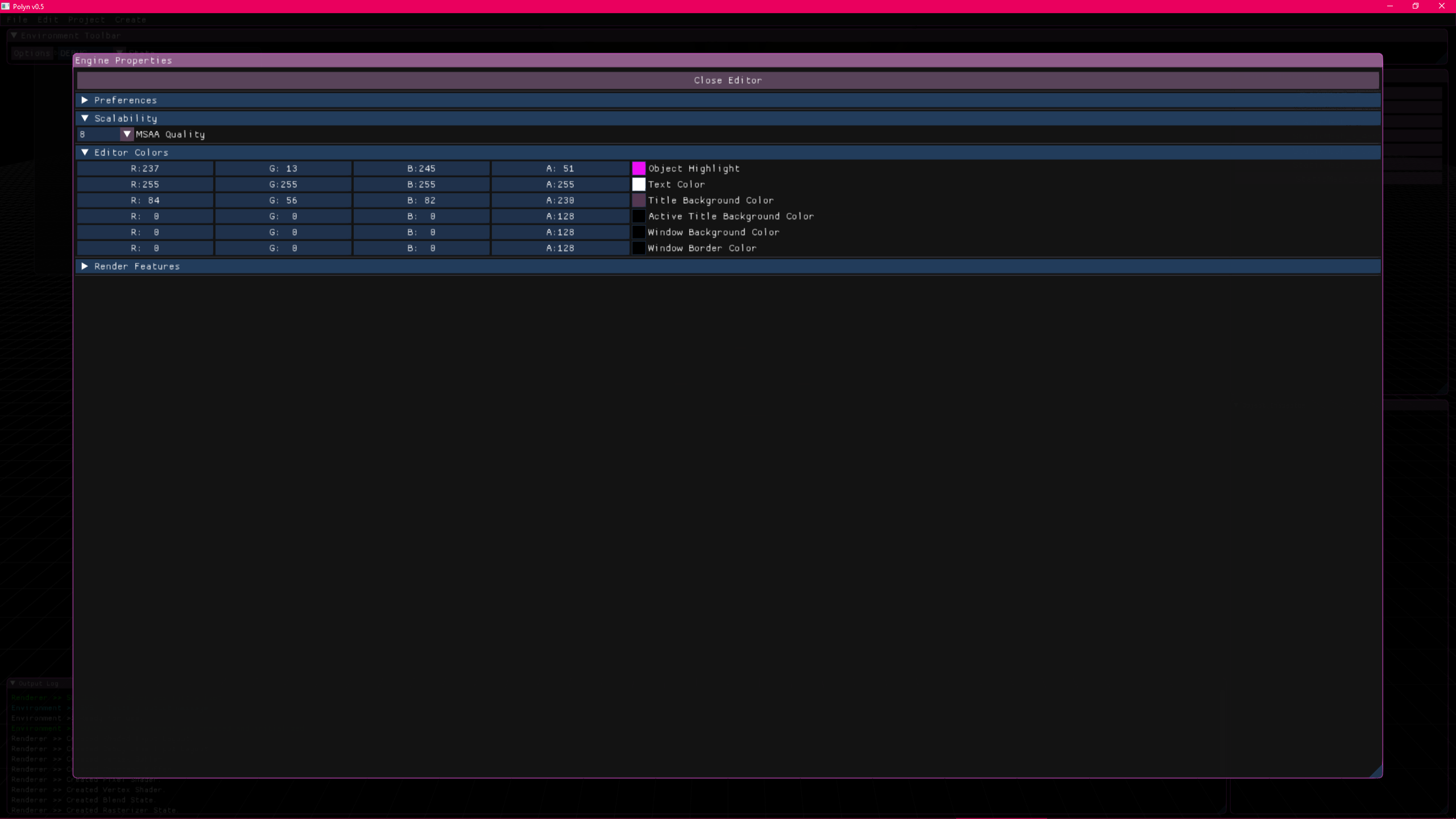 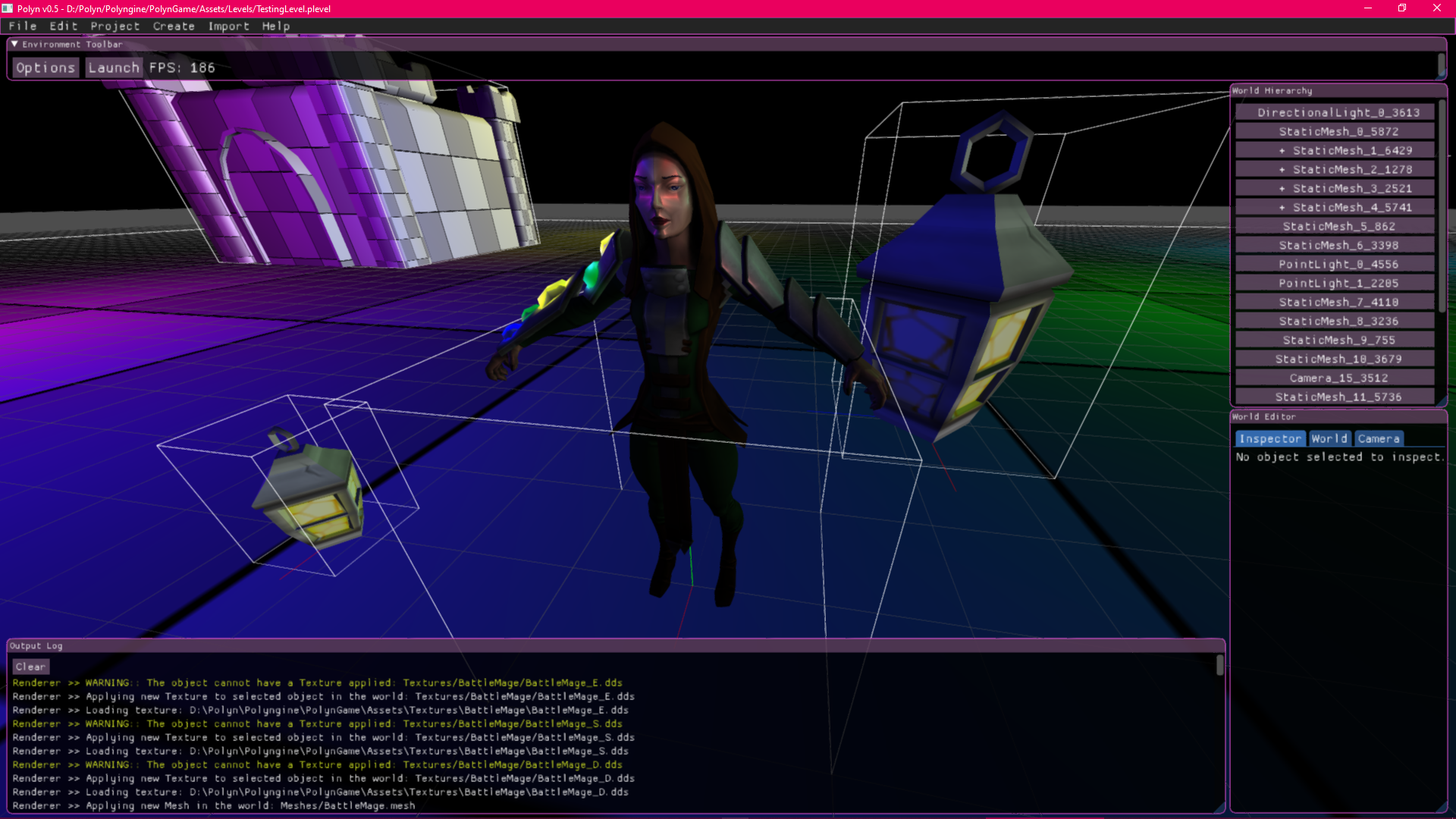 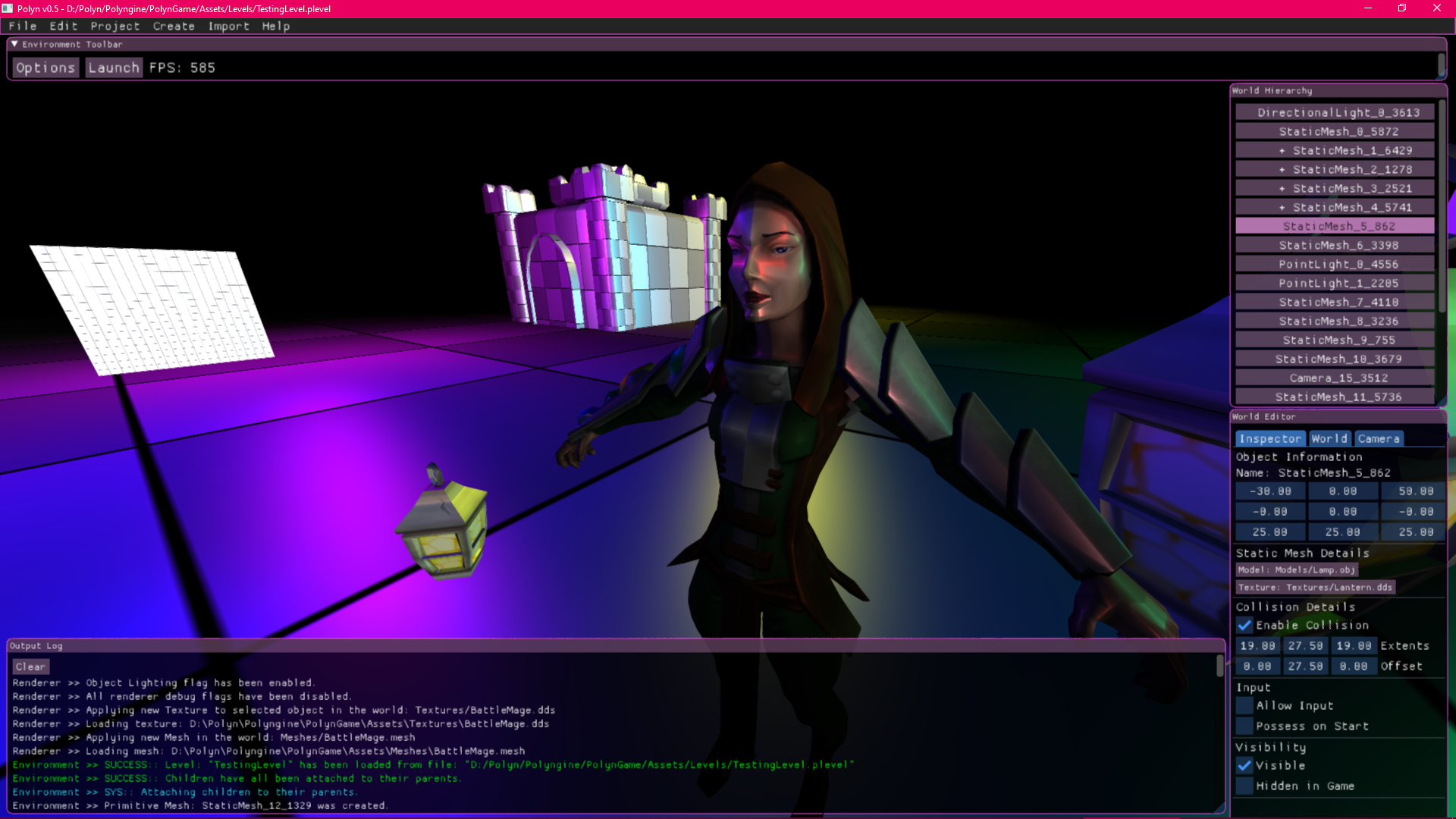 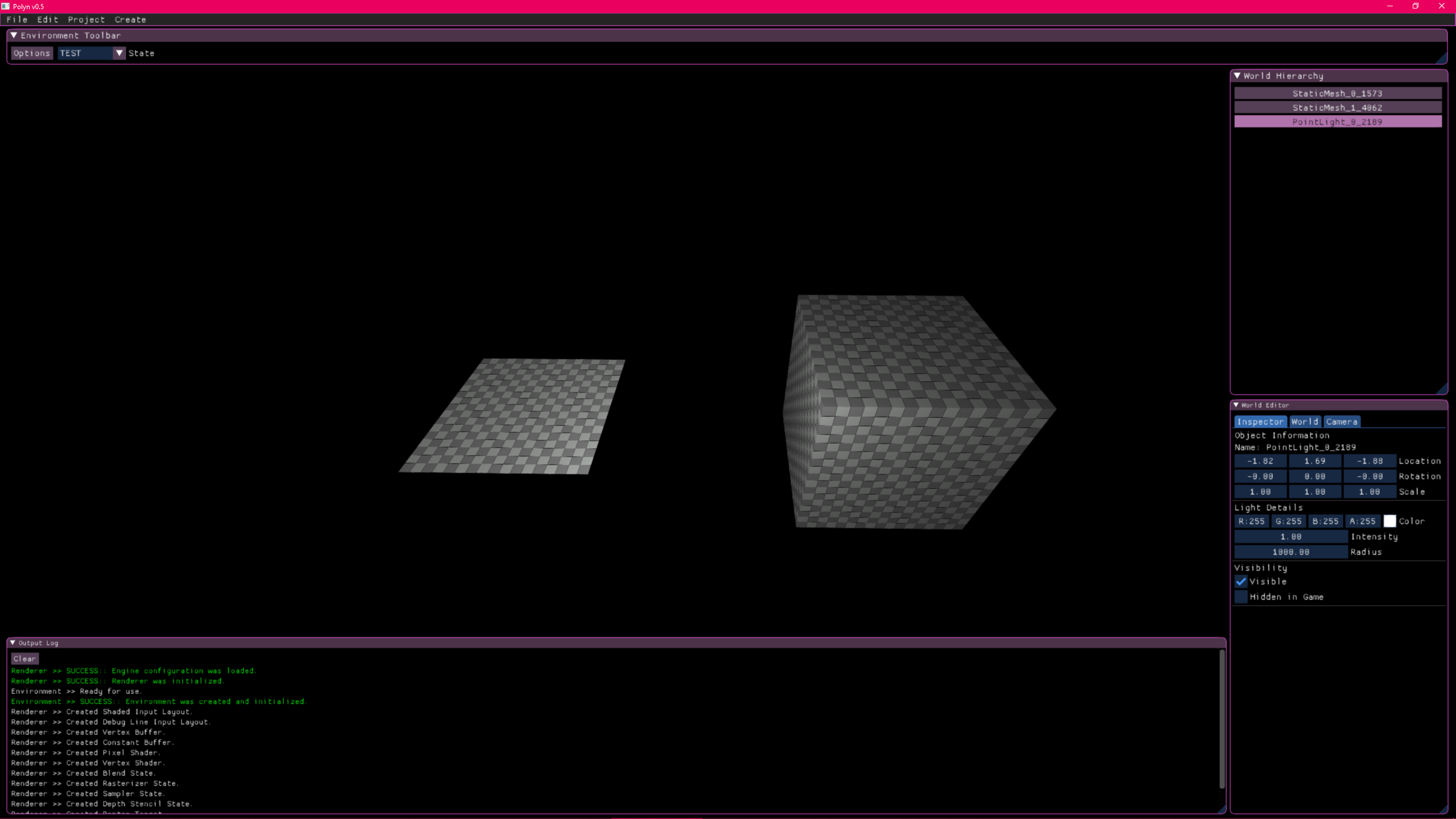 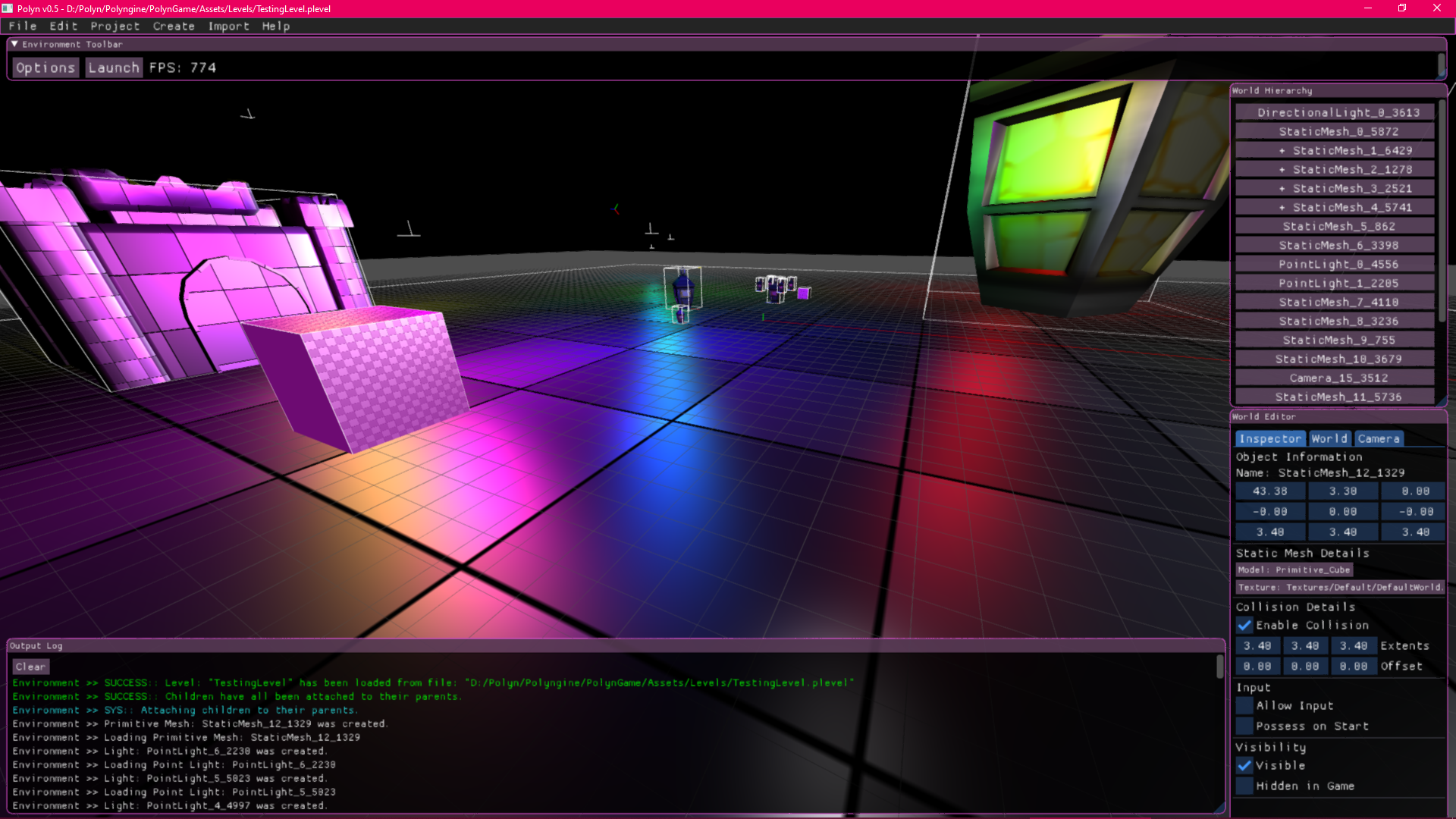